A favorite of locals and tourists alike, this creamy New England clam chowder recipe comes from one of Salt Lake City’s longest running restaurants, Market Street Grill, and is easy to make at home. 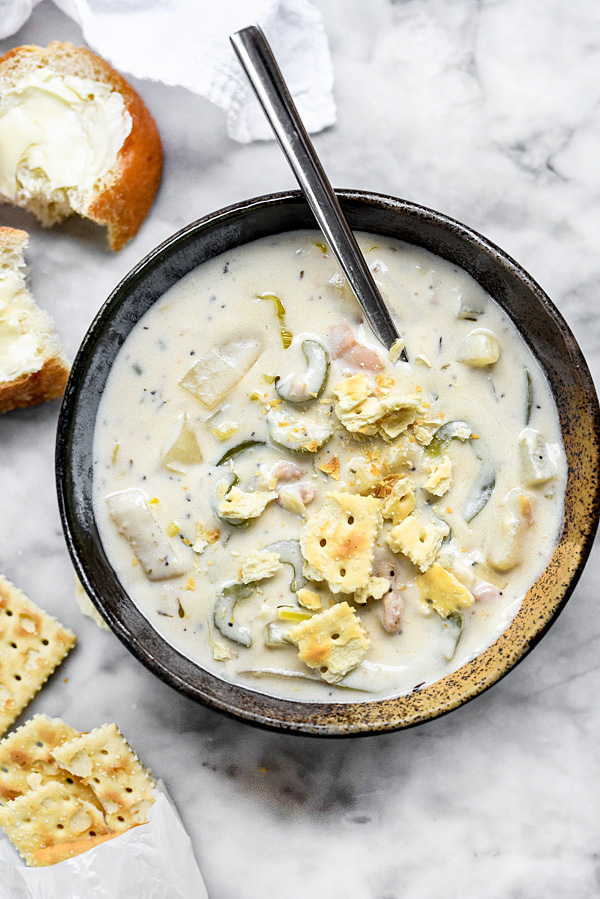 It comes from the restaurant where I met my husband when we were both servers, Salt Lake City’s acclaimed Market Street Grill, where this chowder is probably still one of the most popular bowls of soup you will find in the state. From San Francisco to New England, I’ve been to a whole lot of places and ordered a whole lot of chowder, and still to this day, this chowder is tops on my list. 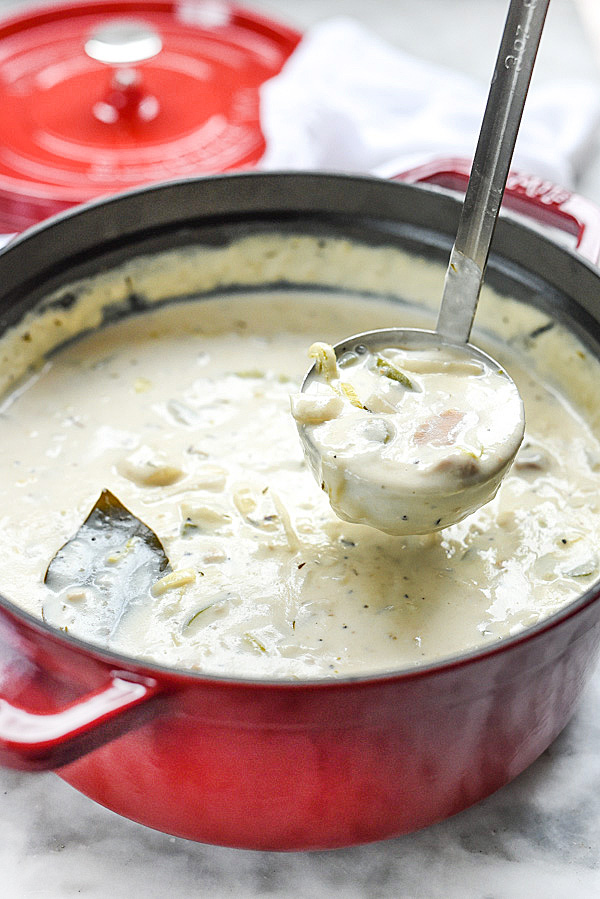 What’s in This Clam Chowder?

The ingredients list for this creamy chowder soup is fairly short for such a flavorful dish.

This New England style clam chowder is not made with bacon. And before you ask me, no, you can’t substitute low-fat versions of any of the ingredients listed below because the chowder will be thinner and not as savory. Homemade clam chowder just doesn’t taste good when you try to make it healthier, so instead, just eat a little less and revel in it’s lush flavor.

Here are the clam chowder ingredients you’ll need to make this recipe:

How to Make Chowder

First, add everything except the flour, half and half, and butter to a large pot. Bring the mixture to a simmer and cook until the potatoes are soft.

Stir the melted butter and flour in an oven-safe container and bake for 30 minutes to eliminate the raw flour flavor. Once baked, stir the flour mixture into the chowder, then remove from the heat.

Slowly stir in the half and half, then return the clam chowder to the heat. Cook until it reaches your desired serving temperature. 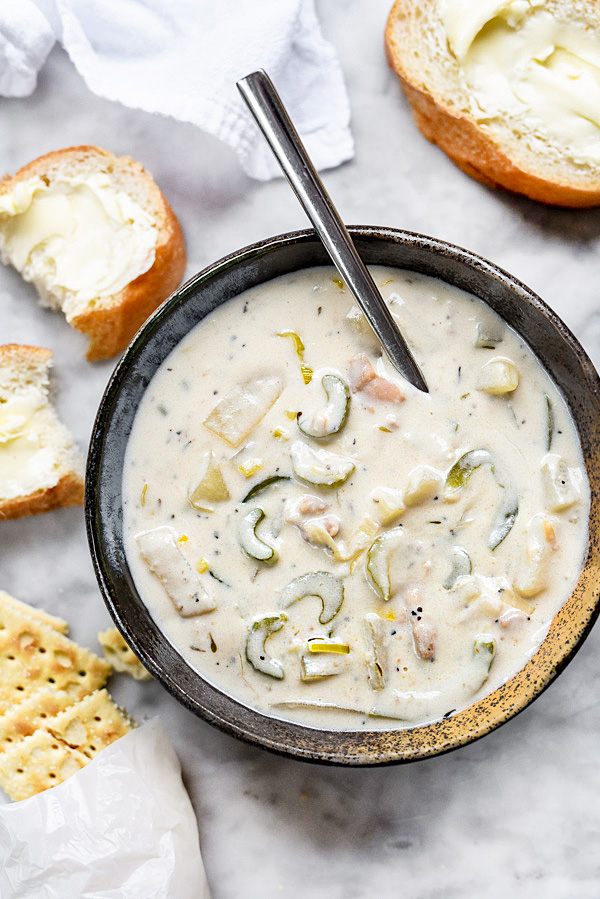 Can I Freeze Clam Chowder?

I don’t recommend doing so since this recipe contains a lot of butter and half and half. If you freeze and reheat this clam chowder soup, I think the dairy would split and your chowder would have an odd texture.

Can I Make This Gluten-Free?

Tips for Making This Recipe

Use canned or frozen clams in this clam chowder recipe. Use whichever is easiest for you to find, and make sure to chop them up so they’re easier to eat.

For the best flavor and texture, use real butter, not margarine or another butter alternative. If you use salted butter, give the soup a taste before adding additional salt, just to be safe.

I don’t recommend using whole milk in place of the half and half. The half and half contains more fat, which makes this chowder super flavorful, creamy, and rich.

If you make this recipe, please let me know! Leave a

rating on this recipe below and leave a comment, take a photo and tag me on Instagram with #foodiecrusheats. 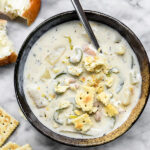 * Percent Daily Values are based on a 2000 calorie diet.

As always, thank you for reading and supporting companies I partner with, which allows me to create more unique content and recipes for you. There may be affiliate links in this post of which I receive a small commission. All opinions are always my own.

“What should I make for dinner?”

If this is a question you often ask, take our brief quiz and we’ll share a recommended recipe favorite with you.